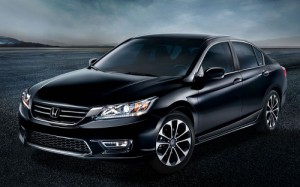 The 2015 Honda Accord has been available at Tri-State Honda Dealers for a few months now, and the most common question we get asked is “what changes make the 2015 Honda Accord better than last year?” And the truth is that it’s a tough question to answer, because the 2014 Accord was one of the best versions of the car that we can remember, and we’re kind of glad that Honda only made a few minor updates. After all, why try to fix something that’s working incredibly well already?

But we have a quick look at the couple of updates that did hit the Accord for the new model year, for those of you curious.

The Accord has been around for decades, and in this, the third model year of the ninth-generation Accord, Honda has things down to an art. These are the tweaks they made to the 2015 Accord to help give it an even greater edge over competing models:

Those are all the changes for 2015. We told you it was a small list!

Rest assured, Honda didn’t mess with any of the standard features that have been making the Accord one of the most popular vehicles in its class; you can still find Bluetooth phone and audio, an 8-inch touchscreen infotainment system, rearview camera, Pandora internet radio, SMS texting, and more on every new Accord.

And the 2015 Accord LX is just as fuel-efficient as last year’s model, with CVT-equipped versions earning an EPA-estimated 36 highway and 27 city mpg.*

The best way to know why so many drivers are preferring the Accord is to see it firsthand, though we don’t know if you’ll be able to notice any of the 2015 Honda Accord’s changes unless you’re an expert on the model. Contact a Tri-State Honda Dealer near you to set up a test drive of the Accord today.

*Based on 2015 EPA mileage ratings. Use for comparison purposes only. Your mileage will vary depending on driving conditions, how you drive and maintain your vehicle, battery-pack age/condition, and other factors