Do the 2016 Toyota Corolla Standard Features Stand Up to a Honda? 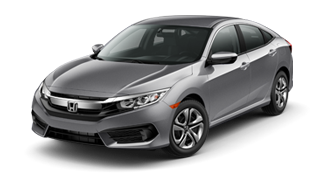 If you’re in the market for a new sedan that comes fully loaded with the conveniences you want, you have likely wondered what amenities are included among the 2016 Toyota Corolla standard features.

Does the Corolla offer everything you’re looking for? Or a does a rival vehicle like the 2016 Honda Civic provide more of the amenities you want?

Keep reading, and we’ll compare the Civic and the Corolla side by side to reveal which vehicle brings the goods when it comes to standard features.

Numerous standard features are offered in the Civic that the Corolla models do not include.

Among them, Civic models each include a standard multi-angle rearview camera, while the Corolla base model does not include a backup camera. The Civic also offers standard sliding sun visors to better shield the eyes of drivers and passengers across a greater portion of the windshield and front side windows; the Corolla models do not feature sliding sun visors.

Other features offered standard in the Civic but not the Corolla include speed-sensitive volume control and automatic on/off headlights.

Drivers can further explore the many outstanding assets of the 2016 Honda Civic at any Tri-State Honda Dealers location. Visit any of our affiliated dealerships or contact us today to learn more about the exceptional Civic and how it bests the 2016 Toyota Corolla standard features.

0 comment(s) so far on Do the 2016 Toyota Corolla Standard Features Stand Up to a Honda?