The 2014 Toyota Camry MPG Rating Falls Short of the Accord 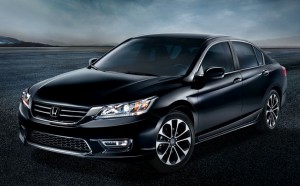 When drivers visit a Tri-State Honda Dealer, we know that there are a few different things on their mind; these days, the fuel economy of a vehicle is a high priority. The 2014 Toyota Camry’s mpg rating isn’t bad, but we think that when it’s compared to the 2014 Honda Accord, well, the numbers will speak for themselves.

Those numbers surely look pretty similar to you, but the Accord’s is representative of superior engineering, as not only is it more efficient but it is also more powerful. The Accord’s 4-cylinder engine is rated at 185 hp and 181 lb-ft of torque, compared to the Toyota powertrain’s 178 hp and 170 lb-ft of torque.

Now, can you get some of these amenities on the Camry? Of course. Honda’s i-MID infotainment system will only be found on Honda vehicles, but by and large you can find some comparable features on the Camry. Except Toyota expects you to upgrade for them, while Honda includes them at the base level.

Test Drive an Accord Today

When it comes to an affordable, well-equipped, fuel-efficient mid-size sedan, you’re going to have a tough time finding something better than the 2014 Honda Accord. Don’t just take our word for it, though; visit a Tri-State Honda Dealer today and take the latest Accord for a test drive.

We think you’ll be glad you did.

*Based on 2014 EPA mileage ratings. Use for comparison purposes only. Your actual mileage will vary depending on how you drive and maintain your vehicle.